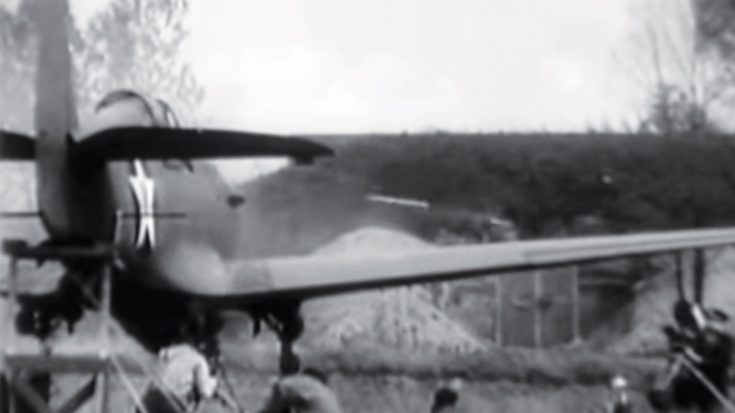 This Is A Pretty Neat Piece Of History.

There’s just something special about listening to an old newsreel. The vintage black and white shots of the video, the crackly, distinct voice of the commentator. We’d say it brings us back, but we weren’t alive back then of course. It does however, have a very nostalgic feeling to it.

As for this particular news clip, it introduced the United State’s newest air weapon to the general public. That was the P-40C Warhawk. At the beginning the commentator stated that it was one of “the army’s deadliest fighter planes,” but then again, it really wasn’t. How could they know that at the time however?

That’s beside the point. The plane was effective in its own right, flying in the Pacific Theater as well as with the famed Flying Tigers before the U.S. even joined the war. With its distinctive shark mouth nose, it is recognized by many.

In this video the news crew was trying to display the power of its weaponry. Tied down in front of a target, the 6 guns converged on the bullseye. This however, was an earlier model, namely, the “C.” Those badboys had two .50 cals in the nose shooting through the propeller, while the others were placed on the wings. In later models, the nose guns were removed and placed on the wings, so the P-40s had a total of three .50 cals per wing.