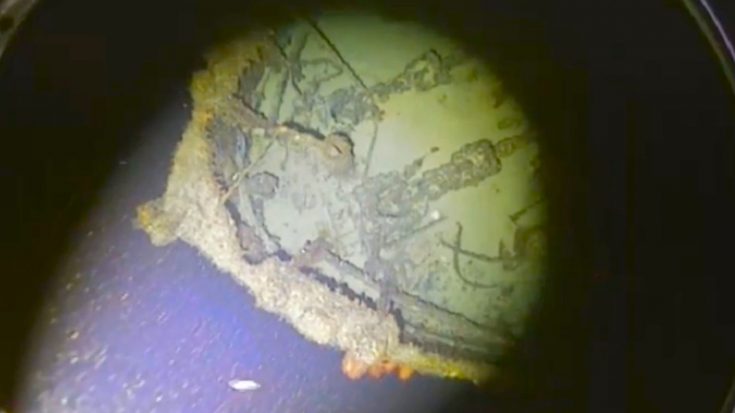 The CSIRO research vessel Investigator is getting in on the some of the recent ship finding action!

77 years after being sunk by a Japanese submarine, the wreck of the SS Iron Crown has been found. The 100m long freighter was torpedoed off Victoria with 38 lives lost. It sank within 60 seconds. Wreck discovered by @CSIROnews
Hear from a survivor @7NewsBrisbane 6pm pic.twitter.com/4jT8EBJdtL

77 years ago on June 4, 1942, the USS Iron Crown took a direct torpedo hit from  Japanese submarine I-24. The 100-meter long freighter, weighed down by a shipment of manganese ore, sank in a startling 60 seconds.

It’s hard to imagine that several ships were sunk in Bass Strait by the Japanese during World War II. The wreck of one of them, the SS Iron Crown has just been found after 77 years. https://t.co/20MZODPU89 pic.twitter.com/okxduIUcx4

This happened through the Bass Strait just off the coast of Victoria, Australia (the exact location has not yet been revealed).

“The Iron Crown is historically significant as one of only four World War II shipwrecks in Victorian waters and is the only ship to have been torpedoed by a submarine in Victorian waters. There were 43 crew from the Australian Merchant Navy on board the ship, and 38 lost their lives in the attack.” – Peter Harvey, Heritage Victoria, maritime archaeologist

The wreck is still in good shape and rests about 700 meters below the surface. Despite its quick demise, its bow, railings, and anchor were found intact by the the multi-beam sonar equipment and a special drop camera.

The oldest survivor of the wreck, George Fisher, passed away in 2012. He referred to the event as one of the saddest  of his life.

The Investigator wants to handle the important find in a very human way.

“The fact that so many lives were lost … was something that hit home with all crew working working onboard Investigator.” – Chief scientist Emily Jateff

The crew is hoping the discovery will bring closure for the families affected by the loss and authorities are already planning to hold a special memorial service there to honor the servicemen of the SS Iron Crown.

The wreckage of a WWII ship has been found off the coast of Victoria almost 7 decades after it sunk. The SS Iron Crown was attacked by a Japanese submarine in Bass Straight in 1942. https://t.co/wMG2OJhG0B #7NEWS pic.twitter.com/lPrKyJVUdv