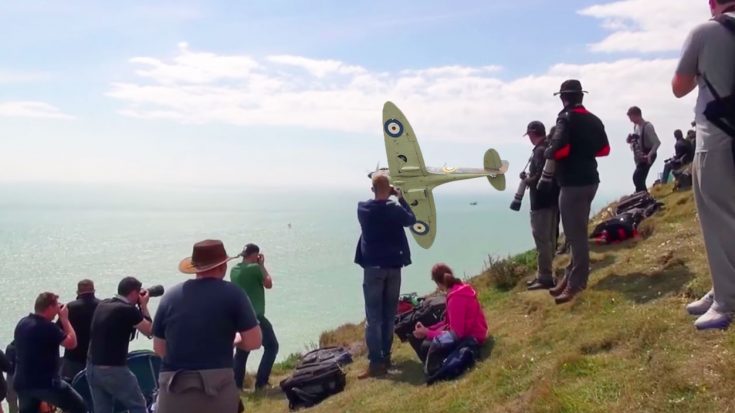 Bobsurgranny, the YouTube channel we follow and love, has done it yet again. He uploaded one of the finest aviation videos we’ve seen in recent memory and it features one of our favorite fighters, namely, the Supermarine Spitfire.

The spot in this video is a really popular place for such flybys and airshows, as it’s picturesque as heck. Beachy Head, located in East Sussex, England, is a beautiful stretch of cliffs which is composed of chalk. This, of course, gives it the white faces (pictured below) and is just a beautiful spot in the world to visit, warbirds or not.

As a fun fact, Beachy Head has some historical significance during World War II. Because of its location, a relay station was placed there by the Royal Air Force to boost radio signals greatly improving communications with aircraft involved in the war.