Keep An Eye Out For This Blue Angel 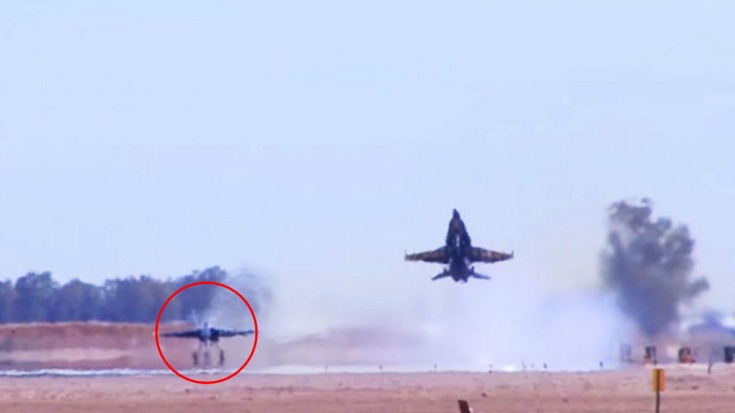 These Guys Sure Know How To Fly.

Meet Captain Jeff Kuss, Blue Angel No.6. His position is “opposing solo” as you’ll see in this video and he pulls up right after the No.5 Blue Angel who is the “lead solo.” During the airshow, they take off in succession and make a hard, head emptying pull.

This footage was taken about 6 years ago at Naval Air Facility in El Centro. It wasn’t shot during an airshow but rather their practice. Perfection takes time and lots of practice, and this is where these aviators do it.

This facility was commissioned on May 1st, 1946 after it was converted from a Marine Corps Air Station. Today, it is used for training of Naval aviators both in landing and ordnance delivery.

Other than shooting targets at the desert range, these guys simulate aircraft landings as well, making sure they hit their marks and are ready for the real deal. Aside from that of course, the Blue Angels use this runway for practice, which is something you’ll see in this video. Enjoy!