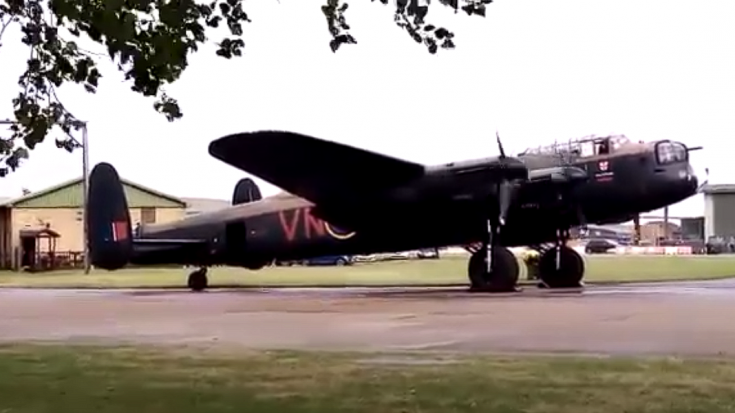 One of the last two airworthy Lancasters started up its engines at RAF Coningsby. The WWII-era heavy bomber was built in 1945 and still looks great despite its age. At the same time, its four Rolls-Royce Merlin XX piston engines still sound as magnificent as ever.

Lancaster PA474 had its gun turrets removed after the war and served as a photo reconnaissance plane in Africa. In 1964, it appeared in two movies, “Operation Crossbow” and “The Guns of Navarone.”. It was restored to wartime standards a year later, which included re-installing its gun turrets.

In 2015, PA474 underwent an almost year-long maintenance program when one of its engines caught on fire. After the repairs, officials announced that the bomber would continue flying until 2065 – much to the delight of RAF veterans.