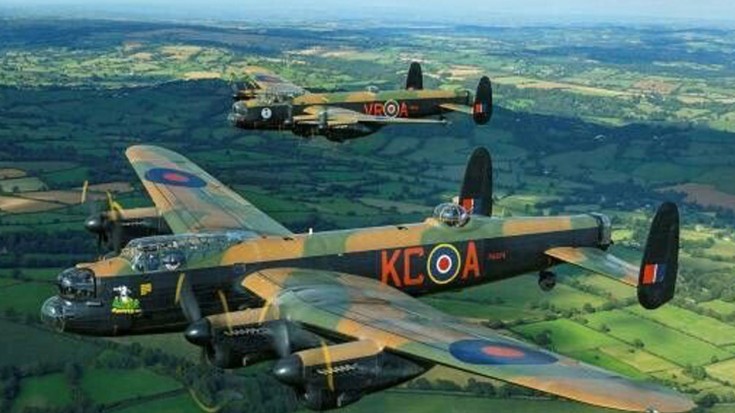 This Beautifully Filmed Trailer Will Show You A Historic Moment

In 2014, a historic reunion occurred in the United Kingdom. After 50 years, two Avro Lancasters flew side by side for the first time. Named VeRA and Thumper, these planes are the only airworthy Lancs in the world. Thumper is a MKIII variant owned by the Battle of Britain Memorial Flight while VeRA is owned by the Canadian Warplane Heritage Museum. The latter had to make the trip from Canada to the U.K to make this event happen, and we’re glad she did.

Although a great event due to the rarity of these planes, the occasion was even more magical as some World War II veterans who flew these planes attended, making this a very bitter sweet moment.

The ceremony of these two rare warbirds was more than spectacular as you’ll see. In addition, you’ll also be treated to some heartfelt interactions with some World War II veterans who actually flew these planes. Emotional and memorable, the whole event was filmed for a documentary named Reunion of Giants, which you can purchase on DVD. If you like this trailer, you’ll love the movie!