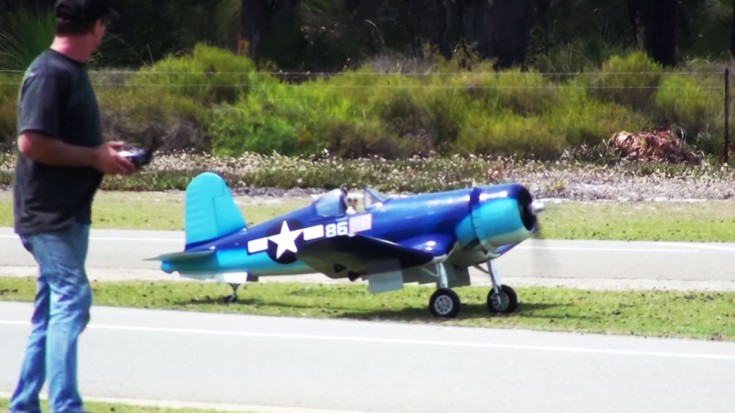 An Unfortunate Way To Lose A Few Thousand Dollars

RC model flying is a great hobby, especially if you love World War II planes and get yourself a Corsair. It’s probably the next best thing to flying in the actual warbird itself.

The gentleman in this video built himself a 1/4th scale RC Corsair with a Moki 250CC 5 cylinder engine. Not only does it fly great, it sounds pretty awesome too! Unfortunately, this RC pilot lost his bird that day due to a stall. It happens.

Building one of these RC planes takes hundreds of hours, but in addition, a 250cc Moki engine goes for about $4,000, depending on where you shop

Historically, the Chance Vought F4U Corsairs are one of the most famous fighter planes of World War II, so it’s no wonder this aviation enthusiast chose to build one. They were most notably used by the U.S. Marines when they were introduced to combat in late 1942. During the latter part of World War II, the U.S. Navy counted an 11:1 kill ratio for the Corsairs, ranking them among the highest scoring fighters of the war.