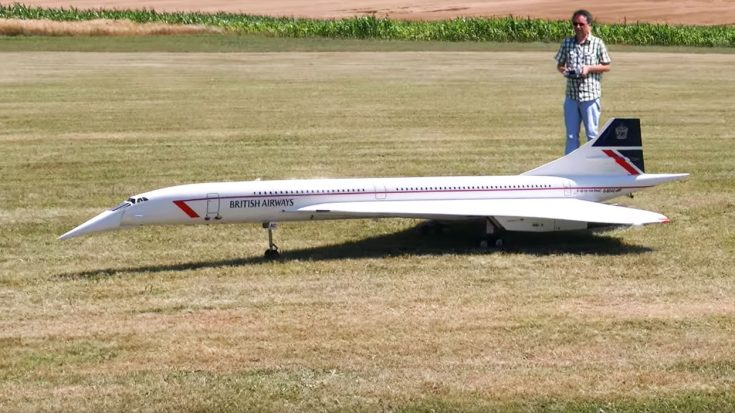 Good Call On Going Around Again.

We have no idea what it feels like to build something really fragile for years (sometimes a decade), put thousands of dollars into it and then see if it all goes to crap within minutes of completion. We guess it must be exciting, but man, nerves of steel over there.

Seriously, think about it.

This is what all these guys who build these massive RCs from scratch go through. One jet engine can cost you $10,000, let alone building a multi-engined aircraft. Then there’s the work. Planning it out, saving money, getting materials and then painstakingly putting it all together over the years. We really appreciate the effort these guys put into this.

This build is over 4 ft. long and has a wingspan of over 6 ft.

As for this particular model, it was built and flown by Michael Bräuer. Last year he brought his baby to the Airliner Meeting in Oppingen Germany where he showed off not only his work but how he can fly.

Although things seemed good most of the time, his first approach could have ended in disaster. Coming in, the Concord dipped down quite violently yet he still tried to put her down. Knowing better, he kicked her in high gear and flew away for another approach.

Good for him. That could have been bad. Still, it must have been extremely satisfying watching his model (basically representing all his hard work and patience) take to the sky and just do what it’s supposed to do. And he also proved that he’s a capable pilot.

It’s a gorgeous and outstanding model – definitely one of the best we’ve seen so far. And for an Rc model, it’s pretty massive. And can we just say, we’re so glad to see it land safely.