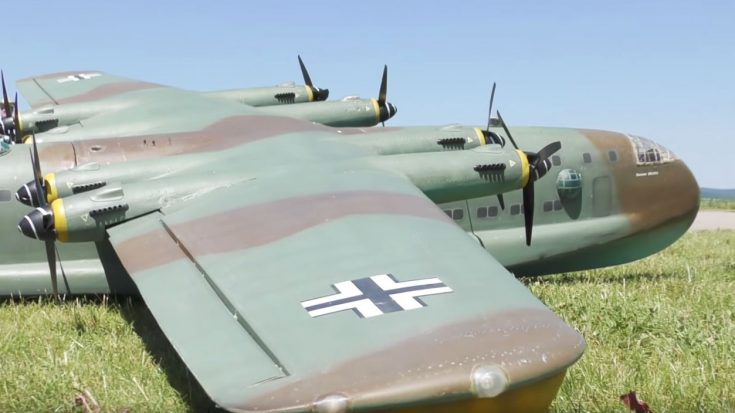 A Bit Of Rare History For Ya.

Here’s something you don’t see every day. This fella built himself a pretty nice World War II Rc plane, but not the kind that is famous or known. He chose to build a Dornier Do 214. Haven’t heard of it, well, read on.

This plane was a proposed concept by the Dornier company at the beginning of World War II. It was supposed to be a long range flying boat to be used for transport and was propelled by four engines on the front of the wings and four pusher propellers on the back.  Because it was so powerful (8 engines in all), it was supposed to be redesignated for military duties but by the time it was evaluated, Germany didn’t have a use for flying boats as the war took its toll on Germany and they focused on other tactics.

The only thing we didn’t like about this build was the fact that it sounded like one of those handheld fans you buy at the dollar store, but hey, it’s better than what we build which is nothing. We’re sure there’s a reason behind choosing electric engines and not something gas powered. Either way, it’s great to see this thing flying.