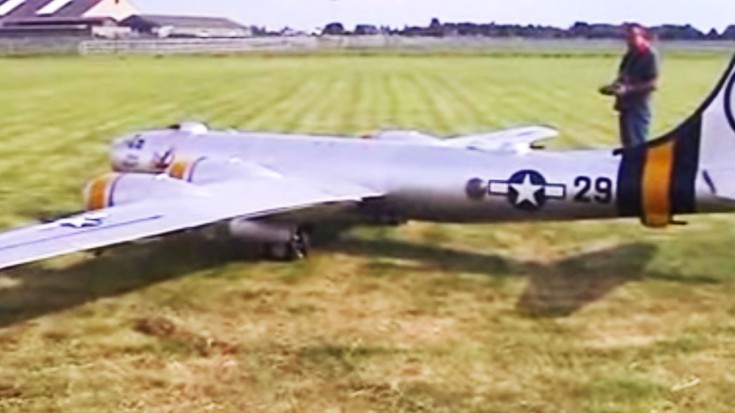 Like The Real Superfortress, This RC Is One Of A Kind

For the longest time, this remote controlled B-29 held the record for being the biggest Rc in the world. It was recently beaten by another plane but held its title for some time. Built in Belgium, this Superfortress was named after a real warbird which flew during World War II. Named Dinah Might, this massive warbird honors the memory of that plane and her crew.

Here’s what we’ve gathered about this mighty RC:

Dinah Might was the first B-29 to land on the island of Iwo Jima. As part of the 9th Bombardment Group, she made an emergency landing on the island while the battle raged around her. During that time, half of the airfield was under U.S. control, while the other under Japanese. Her landing was actually a symbolic event for both airmen and infantry men alike. While the bloody battle raged on the ground, soldiers were low on morale as they thought the fight was pointless. Once they saw Dinah Might land, they realized the importance of their fight, and the airmen who flew to Japan were relieved they had a place to land in case damaged. By the end of the war, 2,400 damaged planes made emergency landings on the island of Iwo Jima.