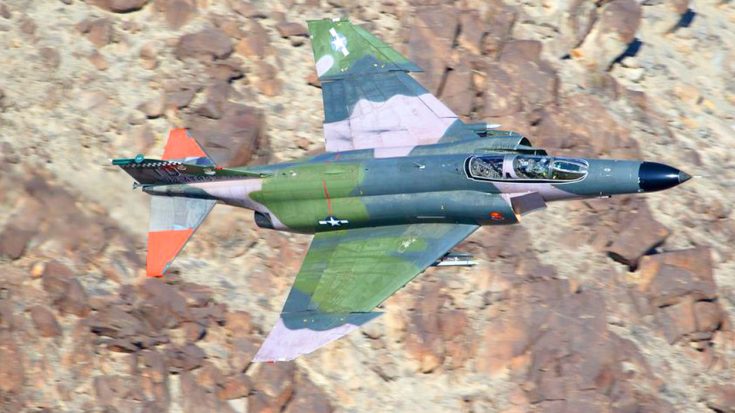 The F-4 Phantom has had a good run, but it is reaching the end of the road. Once a proud part of the United States Air Force the F-4 was retired in 1996 and since then most of the remaining jets were converted into drones known as the “QF-4.” The last of these unmanned F-4s have been shot down for target practice and only a handful remain as they say a final farewell before being gunned down.

“The days of manned QF-4 flight are short and the aircraft have been making a “pharewell tour” throughout the US, appearing at several air shows and bases. The aircraft’s last manned flight is planned for December 21 at Holloman AFB in New Mexico.”

This may be the last daredevil stunt we see for this QF-4 Phantom. The agile fighter is seen tearing through the “Star Wars Canyon” in Death Valley California. The U.S. Air Force’s last Phantoms deliver a stellar unmanned show with nothing to lose knowing that they will be shot down by some Fifth-generation fighter in the near future. By late December the Phantom will be a ghost but until then we can appreciate this legendary jet displaying the skills made it so great.