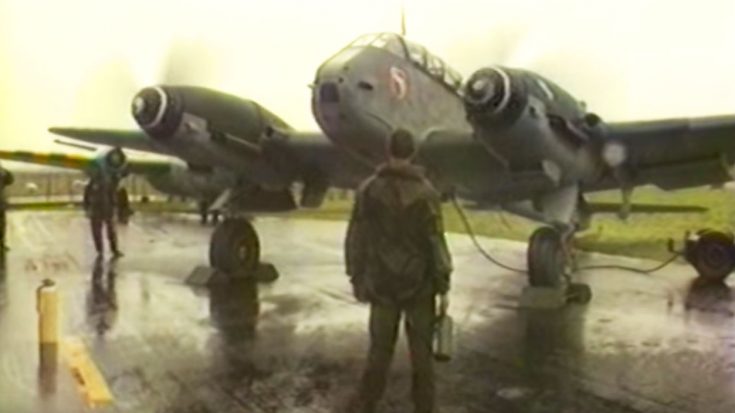 It was a great plane but sadly other aircraft of the Luftwaffe tend to get more attention, the Messerschmitt Me 410, a proud fighter with a strong legacy that just wasn’t strong enough.

The Me 410 found a role as a night fighter breaking up bomber formations under the cover of darkness. These planes were quite successful in an offensive but when Germany was put on the defense they struggled to keep up with the far more maneuverable P-51 Mustangs and Supermarine Spitfires.

Needless to say, only a few Me 410s made it through WWII and only two survive to this day. One Me 410 is in storage at the American National Air and Space Museum, but there another one that can still rev up its engines at the Royal Air Force Museum Cosford. It’s a beautiful sight to see and a wonderful sound to hear when it fires up those engines in this clip.