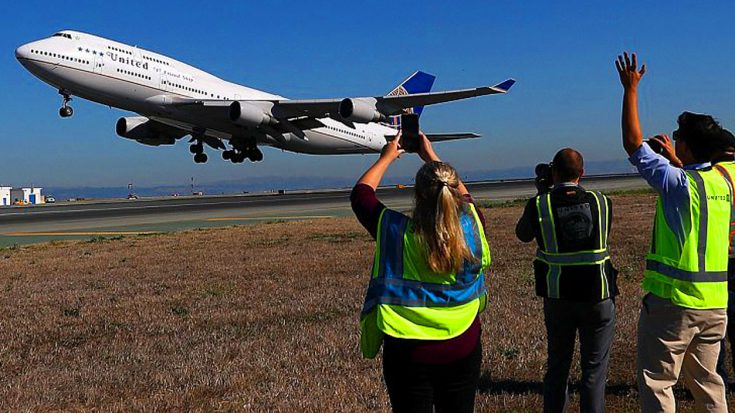 Queen Of The Skies.

The Boeing 747 earned its place in history by revolutionizing commercial aviation to provide a more luxurious flight experience to a large number of people. There is no doubt that this is the most iconic and recognizable plane that the world has ever known. But despite all the experiences it has given the world it is finally time to say goodbye.

United Airlines has long held on to the Boeing 747 but as commercial aviation advances towards more efficient technology, it was time to put away the old plane. Sure United Airlines was going to retire the 747 but they went out with a bang by throwing a flight like no other. They planned a final flight from San Francisco to Hawaii and with tickets costing over $550 they sold out immediately.

The crew really got into the spirit by putting on outfits reminiscent of Boeing 747 attendants in the 1970s to really bring back the feel of its glory days. Fans wore costumes from the golden age of commercial aviation and everyone got together to celebrate the legacy of the 747.

It is not easy saying goodbye to the Queen of the Skies, but after serving the United Airlines fleet for 47 years I think she has a well-deserved retirement coming along. Film of United Airlines’ final 747 flight can be viewed in this clip.