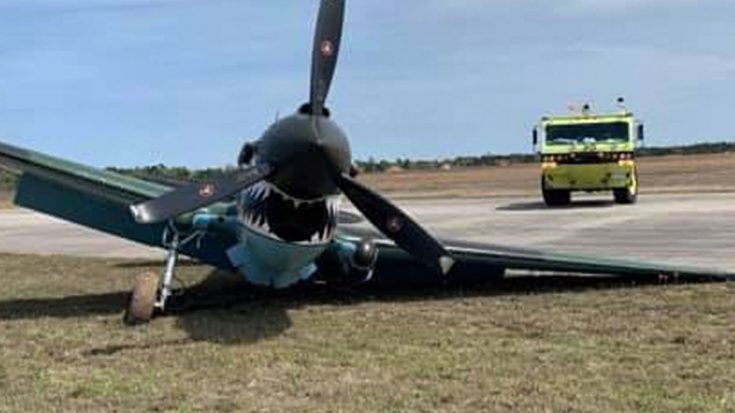 Commemorative Air Force’s P-40 Warhawk named Tex Hill, Bu. No. 42-105867, was involved in a crash landing On March 17th, 2019. Flying into Conroe Montgomery County Airport in Texas, the pilot’s system showed all gears down before approach, but there was a malfunction. The aircraft is currently owned by the CAF in Texas.

The port side gear of the P-40 did not extend, causing the aircraft to spin out and end up on the grass. According to initial reports and the pictures of the incident below, the Warhawk suffered a prop strike (typically calling of an engine overhaul or replacement) and some structural damage.

Here are the most recent pictures of the incident:

Luckily, the pilot did not get injured in any way and exited the cockpit after coming to a full stop. The damage seems repairable by all accounts, however, it’s unlikely she’ll fly at the CAF airshows during the summer months.

From a historical standpoint, you can view a quick clip about the real AVG pilot name Tex Hill below.