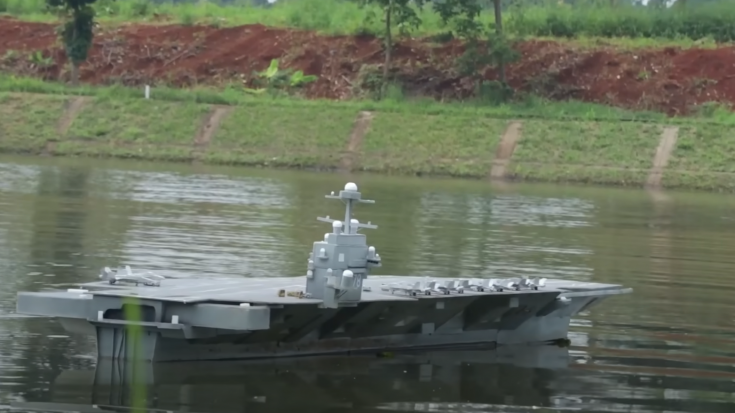 In a hobby populated with RC cars, helicopters, and airplanes, this guy decided to make his own remote-controlled aircraft carrier.

Julius Perdana’s carrier measures 13 feet in length and is made out of 6mm extruded polystyrene foam or foam boards. Perdana’s plan was to recreate his own USS Gerald R. Ford – the newest aircraft carrier of the US Navy.

In addition, he also made mini RC planes so he could land them on his carrier. For better immersion, he also included a working catapult system. He initially planned for the carrier to be almost 22 feet, but that simply wouldn’t fit his car.

The ending was a resounding success – the carrier could fluidly traverse the lake and launch a tiny plane from its cat system. Check out Julius’ amazing creation in the video below!