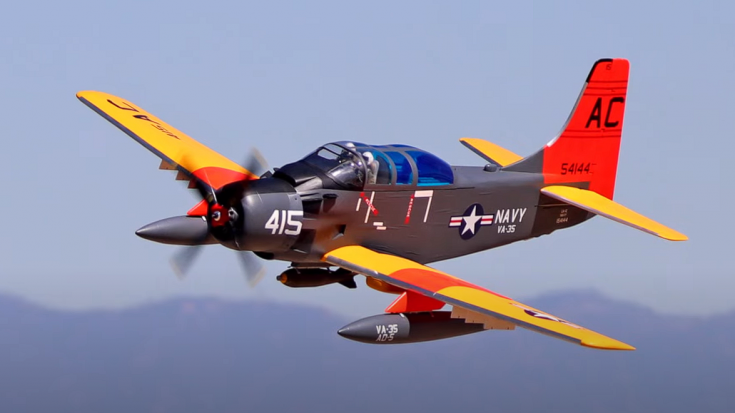 The model is based on the bubble-top variant but is slightly modified to incorporate side-by-side seating and a more prominent vertical tail. Chris used a real target tow aircraft from VA-35 to pattern his Skyraider’s bright paint and decals.

For its motor, the aircraft uses a Scorpion SII-5535 powered by two Spectrum 7000mAh 6S batteries. It also has an 86-in wingspan making it very responsive in flight. The main difference between the bubble-top and the AD-5, Chris said, is the latter’s rudders retaining a bit more authority in landings.

One of the plane’s exciting features is its built-in sound system. When starting it up, you can hear the actual engine of the Skyraider, which adds a bit of flair to the aircraft. Oh, did we forget to mention that it can also drop a bomb?

Watch it take to the skies in the video below!