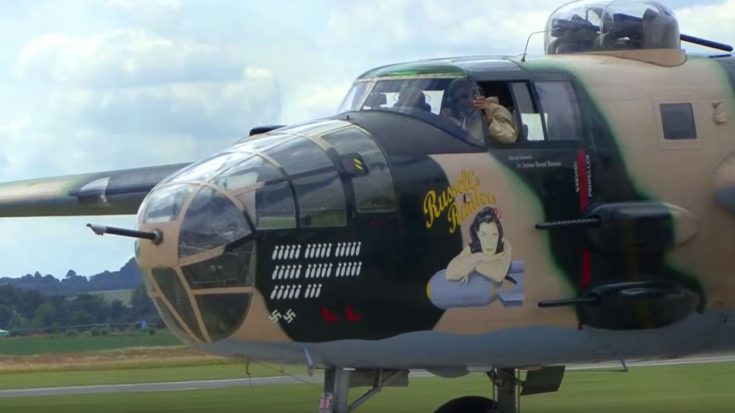 The B-25 Mitchell was among the most useful planes during World War II. It began as a medium-sized bomber but it eventually proved it was versatile enough for reconnaissance, strafing and anti-submarine warfare.

Nearly 10,000 B-25 Mitchell bombers were produced during the war by North American Aviation. It was the most heavily armed plane of WWII armed with 18 guns, rockets and up to 5,000 pounds of bombs. These bombers gained a stellar reputation when they launched an American attack against the Japanese mainland more commonly known as the Doolittle Raid.

This video shows the world famous B-25 named Russell’s Raiders on a startup and flyby at an airshow. It is nice to reflect on this B-25 because she has seen better days. Shortly after this video was recorded this plane suffered an engine fire and crash landed. None of the crew was killed but the frame was damaged and crews are uncertain if she will be able to be restored to flying condition.