Legendary B-29 Soars Over The American Countryside 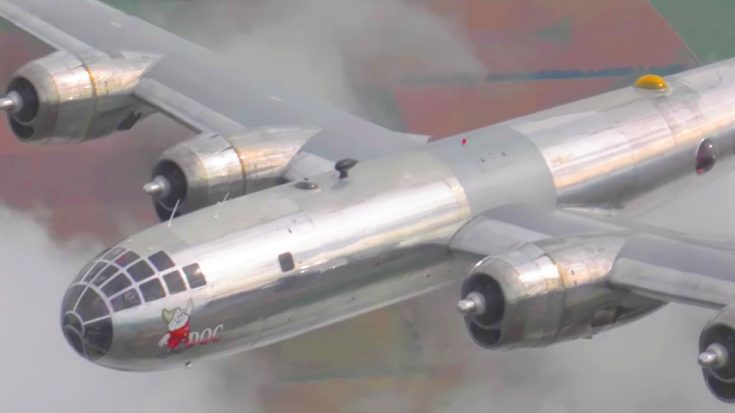 It is a beautiful sight to see a B-29 Superfortress, but it is an even better sight to see one fly. There are only 22 B-29s left on Earth but only two of them are capable of flight that’s Fifi and Doc. Fifi is great, but most people would think that Doc has a cooler story to tell.

It’s hard to believe that Doc once spent 40 years in a desert boneyard just waiting to be target practice for modern planes. Fortunately, no weapons ever hit Doc and so it remained there baking in the sun until it was found by Tony Mazzolini in 1987. He made plans to resurrect Doc and made it his ultimate passion project.

It took Mazzolini a decade of talking and dealings in order to acquire Doc from the United States Government. In 2000 work began on Doc and after 15 years and countless man hours from the volunteer group known as Doc’s Friends, it was finally in good enough shape to fly.

The Doc’s Friends have done an amazing thing for the world of aviation helping it get back into the skies. But their restoration effort is only the first step, they plan to share Doc with the world. Share in that gift by watching Doc soar over the Witchita, Kansas in this amazing video.