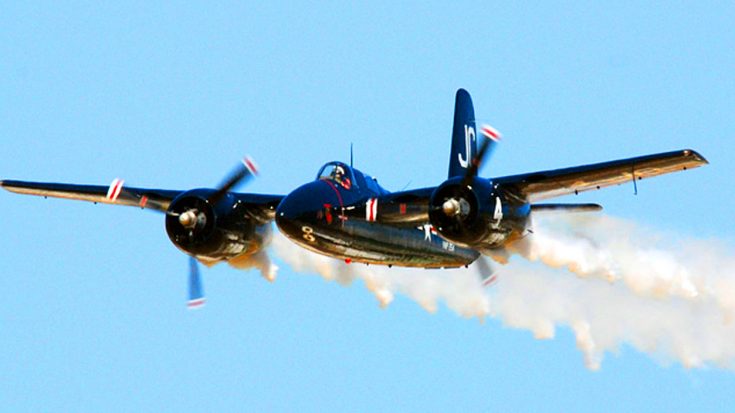 The Grumman F7F Tigercat was the right plane for the wrong time. As the first dual engine propeller aircraft used by the Navy it could essentially outperform any Japanese aircraft it went up against. However, by the time this fearsome fighter was ready for production WWII was already over and aerial engineering was shifting towards jet engines.

Only 364 Tigercats were built, originally for use with the US Navy but they were concerned about the length of the nose and several of them were used by the marines instead. It was considered by many to be the last warbird it is so unlike other fighters because it flies almost like a modern day jet. It was designed for rapid climbing in order to intercept Japanese aircraft used for kamikaze attacks on naval vessels.

The F7F did see some combat during the Korean War but at the time, hostile fighter jets became too competitive and the remaining Tigercats would transition into a training role. Despite its limited combat use, the F7F Tigercat remains a favorite when it makes rare appearances at airshows. In this clip, you can see what it is capable of when piloted by aviation legend Clay Lacy as he comes in hard, and close to the ground.