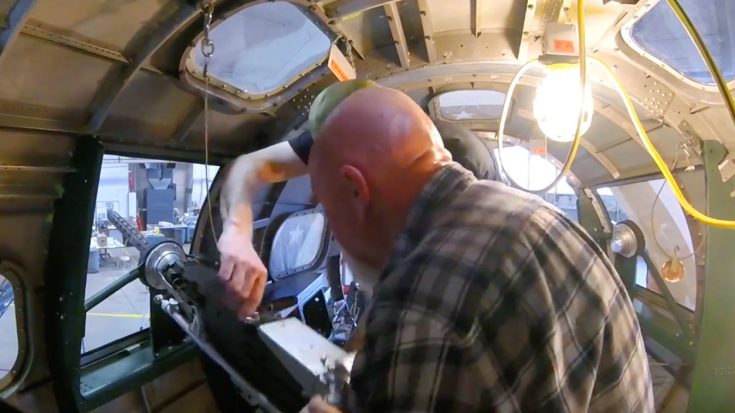 The Memphis Belle saw quite a bit of action during WWII so we are lucky that she is still around. But she has a very dedicated following working hard to make sure she looks better than ever before. Restoration teams have spent the past 13 years bringing the legendary bomb back into pristine condition and they had a blast putting in some extra features.

The Memphis Belle earned her place in the history books by becoming the first American bomber to survive 25 combat missions during a time when planes were lucky to make to complete 3. Taking on enemy fire and then spending decades as an outdoor display piece means that this legendary B-17 needs a few touchups here and there. Now that it nearly ready for a public display, the crews added some very big guns to the Memphis Belle so everyone knows her war history.

“The USAAF chose the aircraft for a highly-publicized war bond tour from June-August 1943, and its crew was celebrated as national heroes. The aircraft and crew were also the subject of two widely-seen Hollywood movies (one in 1944 and another in 1990).”

This clip shows the installation of the Memphis Belle’s guns and painting the bomb bay.