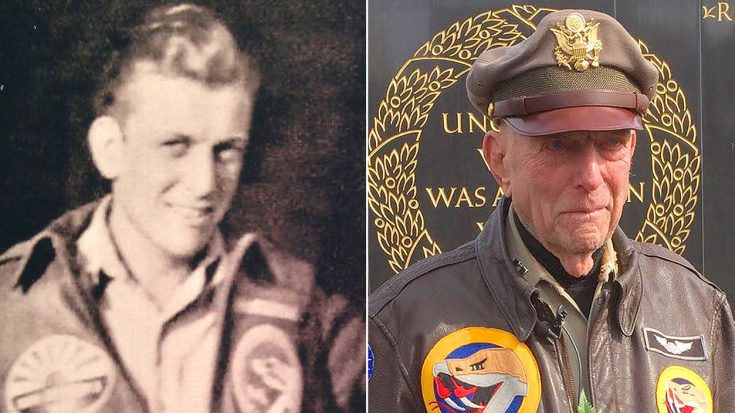 On Aug. 15, 1945, Jerry Yellin set out on a combat mission over Iwo Jima with his wingman Phil Schlamberg. The pilots narrowly missed the announcement that Emperor Hirohito surrendered, sadly Schlamberg would not return from this mission. We regret to inform you that Captain Jerry Yellin has passed away of lung cancer at age 93.

Jerry Yellin was inspired to become pilot after experiencing anti-semitism directed towards his Jewish heritage and wanted to combat the Nazis. He knew full well that he wanted to be a pilot, despite not having eyesight requirements. He was determined to fly and actually memorized an eye examination chart to bypass the results. At the next stage, he was given a new eye exam failing but admitted what he did, however, his superiors let him pass demonstrating that craftiness would make a great pilot. He was thrust into WWII flying P-51 Mustangs against the Japanese.

Captain Yellin had his ups and downs through his life and for nearly four decades never spoke of the war. He eventually learned that he was dealing with post-traumatic stress disorder and learned to cope through meditation. He went on to become an advocate for veterans dealing with PTSD, voicing against war and evil in the world.

“The sights and the sounds and the smells of dead bodies and the sights of Japanese being bulldozed into mass graves absolutely never went away.”

However, his biggest uphill battle was coming to terms with his enemies after learning his son would marry the daughter of a Japanese fighter pilot. Yellin was reluctant to return to Japan after the carnage he witnessed but eventually found the courage. The meeting between Jerry Yellin and kamikaze pilot Yamakawa was tense but eventually, the two became friends despite a being brought up as enemies. Yamakawa said that any man brave enough to fly P-51 Mustangs in such intense combat was worthy to share his family’s legacy.

“I went from thinking a group of people were my enemy to finding my best friend. It’s a lesson to remember that at the end of the day we are all human and have so much love to give.”