How These Warbirds Shaped The World Of Star Wars 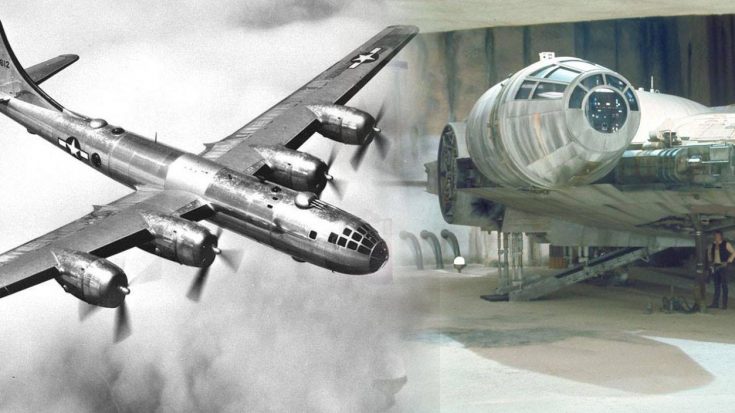 May The Air Force Be With You.

There is no doubt that Star Wars is the most iconic film franchise of all time. The films draw strong parallels from WWII with the Galactic Empire resembling resembling the Axis Powers, Darth Vader and the Stormtroopers with similarities to Japanese samurai armor and a Jedi purge the mirrors the holocaust.

But Star Wars wouldn’t be Star Wars without the starships, many of which were influenced by planes of WWII. So let’s take a look at the World War II aircraft that shaped the galaxy far, far away…

The Falcon was designed by Joe Johnston the director of films such as The Rocketeer and Captain America: The First Avenger. It originally had a design similar to that of the B-29, longer and sleek but was changed to a saucer shape to avoid any similarities to the ship in the TV show Space 1999. It is rumored that the saucer design of the Millennium Falcon was derived from a hamburger with an olive sticking out of the side that Johnston was eating on his lunch break.

The influence of the B-29 Superfortress is seen on interior, the cockpit is near identical and the gunner stations are all there as well. The Fastest hunk of junk in the galaxy destroyed the second Death Star ending the Galactic Civil War the same way that B-29s dropped atomic bombs on Hiroshima and Nagasaki to end World War II.

Howling through space and swarming their enemies like ants is the fearsome Galactic Empire’s TIE Fighter. When you see a Vought F4U Corsair in action you won’t notice any immediate similaries to the Empire’s main starfighter, that is until you see it land. The Corsair was used mainly on American aircraft carriers during WWII and to conserve room their wings folded up. Those folded wings no doubt gave rise to the Galactic Empire’s TIE Fighter.

F4U Corsair mainly engaged in battles over the Pacific against the Japanese. Although the design of the TIE Fighter is based off folded wings of the Corsair, its properties are more closely related to fast and agile Japanese planes it entered combate against. 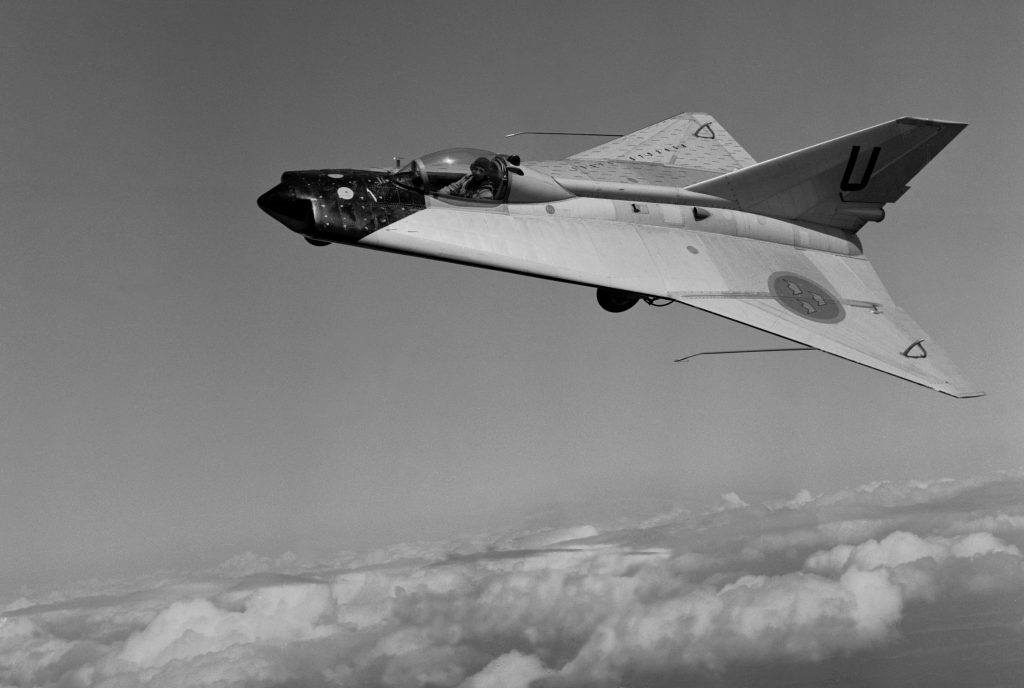 The Imperial-Class Star Destroyer is the perfect symbol of mighty Galactic Empire. As the name implies it is very much in the vein of American Naval Destroyers and Aircraft Carrier but its design is from the Saab 210.

The Saab 210’s Space-Age frame is what gave influence to the mile long capital-ship. Both have a signature wedge-shape and but the Saab 210’s fin gave way to the bridge of the Star Destroyer.

For anyone who say Star Wars: The Phantom Menace that Queen Amidala’s Naboo Royal Starship is the spitting image of the SR-71 Blackbird. The world’s fastest jet has speeds upwards of Mach 3.2, so fast that it could melt your skin if you aren’t wearing a pressurized suit. The Naboo Royal Starship offers a much more comfortable ride designed for luxury transport. In fact, when the SR-71 has its black radar absorbing paint removed it has a very similar chrome finish to the SR-71.