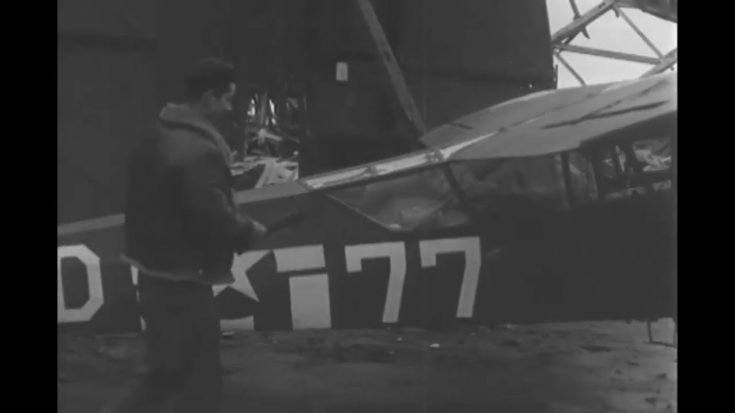 Attack, Attack, Then Attack Some More

This footage taken near Aachen, Germany, on December 1, 1944, shows a bunch of L-4 Grasshopper pilots with bazookas attached to their aircraft. The pilots and aircraft in the video were all assigned to the 104th Infantry Division Artillery of the Allied forces.

Grasshoppers were mainly flown during the war as a liaison and observation aircraft. They had a simple and lightweight design, giving them great low-speed handling properties and performance. However, these flimsy-looking planes could also be bolted with M1A1 bazookas on its wing struts for an added punch.

One particular pilot, Charles Carpenter, had one of the most successful runs while using this setup. In October 1944 alone, the pilot and his Grasshopper destroyed four tanks and an armored truck. Talk about punching above your weight!