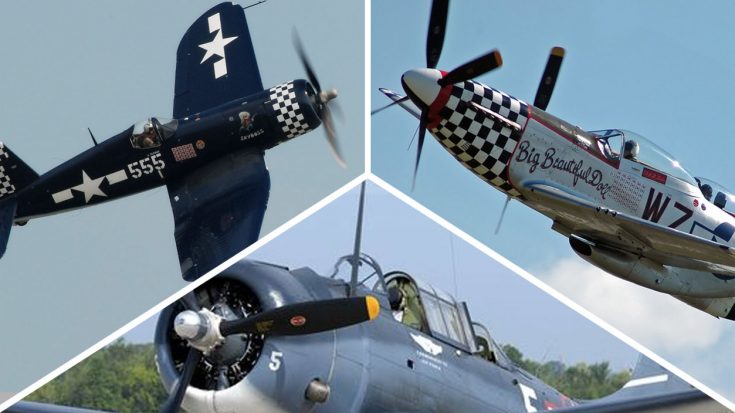 A Plane Without Identity.

During World War II, aviation technology progressed more than it had in previous decades. With the advent of new materials, equations, and techniques, what the Wright brothers started earlier in the century turned into an array of bombers and fighters capable of things they couldn’t even dream of.

That doesn’t mean that all these advancements didn’t turn up a few duds. With innovation comes experimentation and some planes just didn’t make the cut for production. Once such plane was the P-75 Eagle.

Built by General Motors, the P-75 was an answer to the United States’ need for a new fighter which was to be faster and more agile when equipped with an Allison V-3420 engine. These engines were the most powerful ones at the time (water-cooled), able to put out 2,600 horsepower during takeoff and 2,100 for maximum continuous power.

To wrap a plane around the engine, General Motor’s Fisher Body Division came up with the Eagle. Using wing panels from the P-51 Mustang, undercarriage of an F4U Corsair and tail section from an SBD Dauntless, they arranged the parts around the centrally located engine.

The results were mediocre at best. From engine cooling problems to high-stress forces making the plane less maneuverable, the project was quickly dropped in lieu of already existing fighters.

Since the first flight took place at the end of 1943, planes such as the P-51 Mustang and P-38 Lightning were already in their mature stages. All the kinks have been ironed out and a need for a new fighter plane was simply diminished, especially one that needed to go through countless modifications to become operational.

Out of the 2,500 preordered P-75 Eagles, only 14 of them were built and only one survived to this day. It is now at the National Museum of the United States Air Force in Dayton, Ohio.

We managed to find only one video online that would give you a glimpse of this rare plane. Below, you’ll find footage of the Eagle being moved out of the hangar for a photo shoot. It’s a shot from afar, but it’s something.