RARE Footage Of Nazi Gun That’s Bigger Than A House 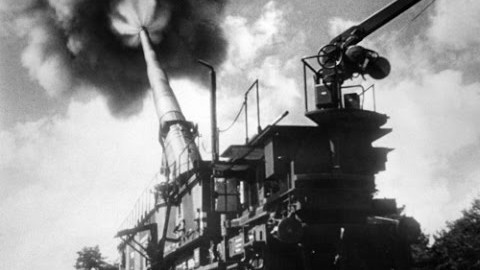 It Can Fire About Fourteen Rounds A Day!

The Schwerer Gustav, also known as Heavy Gustaf or Great Gustaf in English, was a German 80 cm railway gun used as siege artillery developed by the German dynasty Krupp in the late 1930s.

The main purpose in the creation of this railway gun was to destroy the then-strongest fortifications which are the main forts of the French Maginot Line. Though designed to prepare for the aforementioned battle, the Gustav wasn’t ready when it began. Watch this footage and witness the greatness of Schwerer Gustav in action!