Live Round From WWII Discovered At US/Mexico Border – How Did It Get There? 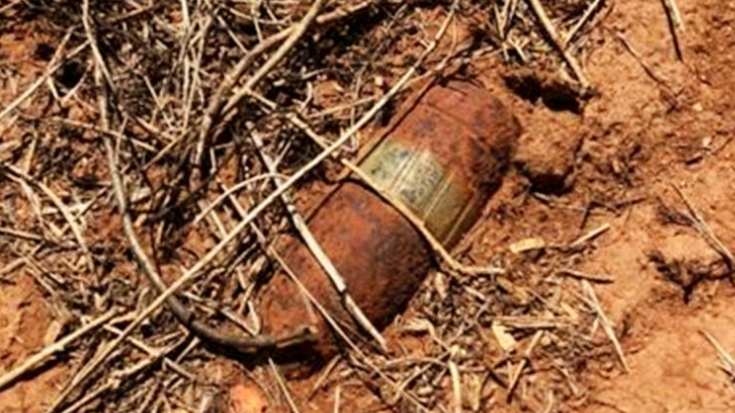 A ground of border patrol agents stumbled upon something unusual during a routine inspection of a remote area in Arizona. They are used to finding groups of people attempting to cross onto American soil or the occasional smuggling act, but this was new. Laying there in the ground was an undetonated bomb from World War II.

Upon closer inspection, the munition was found to be an MK2 37 mm round fired from an anti-tank gun. The M3 anti-tank gun was America’s first stab at a tank deterrent and could fire at 25 rounds per minute. It fell into disuse when it could not penetrate the thick armor of German tanks. It was, however, useful against Japanese tanks.

The round was probably unearthed by rain and may have been in the area for nearly 75 years, but that still doesn’t explain how it initially go there.

Testing the cannon first started in 1937 and more than 18,000 were produced in factories around the U.S. So it isn’t totally preposterous that one was found in such a remote place in the United States, but still, it’s quite the mystery.

A bomb squad was brought it and detonated the round before anyone could be harmed. This video provides a demonstration of the 37 mm anti-tank gun used for training purposes in WWII.

You never know what’s out there! The incident, which happened in July 2018, is a somber reminder to be careful not to touch suspicious objects.