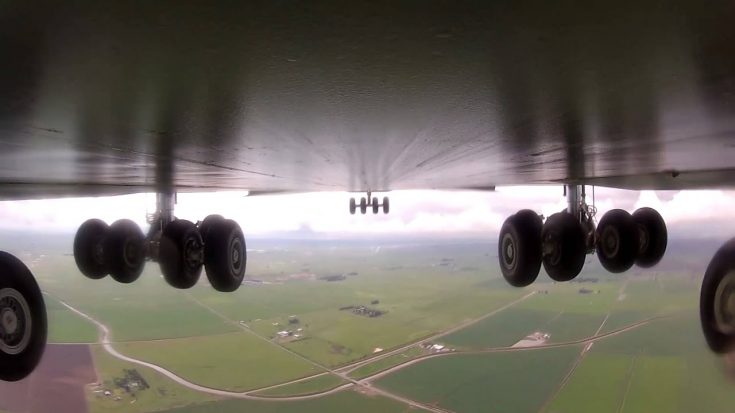 This C-5 Galaxy had a camera fitted under its belly to give us a glimpse of what landing looks like.

At around the one-minute mark, we get to see the C-5’s 28 landing gears deploy just before the camera is temporarily blinded by the humidity. After its controlled descent, the aircraft landed ever so smoothly on the airport’s runway. The whole process was mesmerizing to watch thanks to the incredible point of view.

A Galaxy requires around 4,900ft of runway to land and almost double that for takeoffs. C-5s could also “kneel” their landing gears while parked to lower the aircraft and facilitate loading and unloading operations.

These huge planes are capable of transporting almost all types of military combat equipment worldwide. Though to be fair, it’s also one of the largest military aircraft in the world.