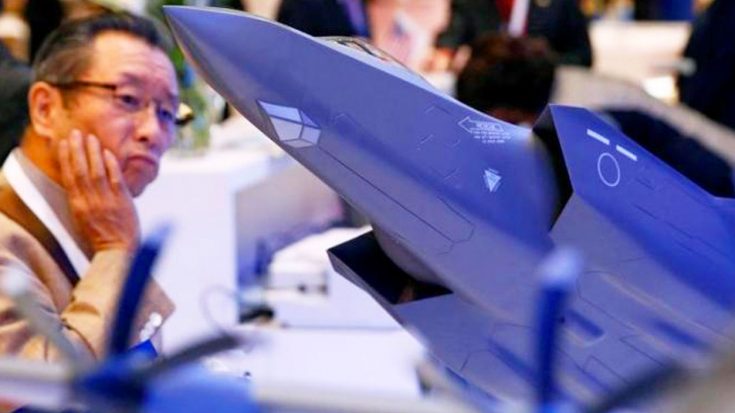 One after the other, Lockheed-Martin’s F-35 fighter jet has been facing setbacks. Just when you think it is combat-ready another issue comes up to prevent it from doing battle. As pressure mounts on the project, desperate times are calling for desperate measures as Lockheed-Martin calls upon rival Mitsubishi Heavy Industries for help.

“There are industrial opportunities that are still available for Japan. The action is on their side of the ledger right now.”

This is an interesting change in the dynamic of the relationship between Lockheed-Martin and Mitsubishi. Japan placed orders for 42 F-35 fighters to upgrade their air force. Although those jets will be built at Mitsubishi plants, they had no part in the development. After the Japanese government lifted an export ban in April 2014 the opportunity for the two companies to work together is now a reality.

“In our heart and soul we would like to have more opportunity in Japan.”

After a supply deal with BAE Industries and Lockheed fell apart, the F-35 needs a key supplier and a Japanese partner could result in more jets sold to Japan. Whether Mitsubishi accepts the offer is still up in the air, but the F-35 needs all the help it can to get into the air.