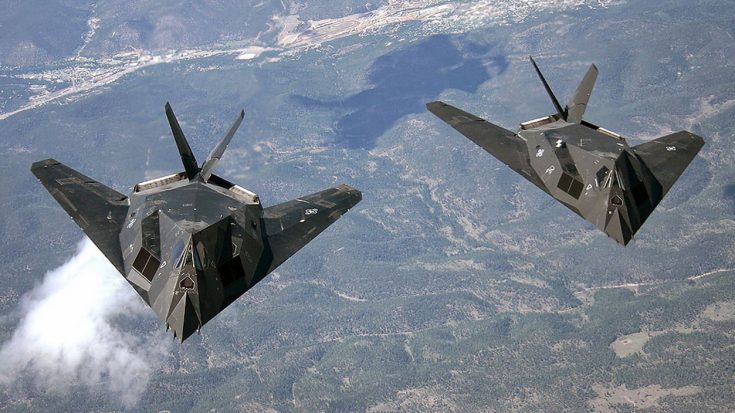 The Lockheed F-117 Nighthawk earned a reputation for being the original stealth fighter. It served the United States Air Force from the early 1980s until its retirement in 2008. Since then the Air Force has moved on to other stealth fighters to fill the void of the F-117. However, it appears that the F-117 has secretly come out of its so-called retirement.

“The F-117 is most noted for its involvement in Operation Desert Storm in 1991 against Saddam Hussein’s forces. That was the first American-led military campaign to make comprehensive use of stealth aircraft.”

Over the past eight years, people have made claims about seeing the F-117 in flight but they were ignored. Although, the latest rumors about the Nighthawk’s return hold more weight than the previous ones. Not just one but two F-117s were recorded on video flying over the desert.

It seems that the Air Force may be returning Nighthawks to action rather than keeping them under lock and key. The footage linked below gives a glimpse into this retired stealth fighter’s mysterious return to the skies.