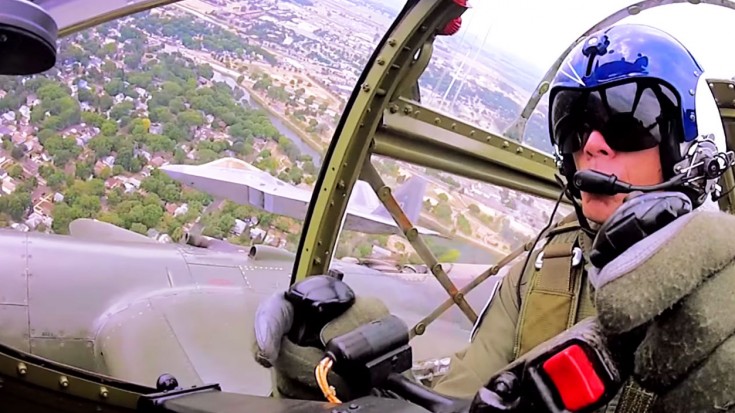 Jet Fighters Look Up To Fighter Pilots Of Old

This trailer from the Air Force Heritage Flight Foundation sheds a unique perspective on aviation as a whole. As historical aviation lovers, we love the aircraft that flew back in the day and of course respect the stories of the pilots who flew them. This clip shows the viewpoint of Major Henry ‘Schadow’ Schantz, an elite F-22 fighter pilot who has over 1,200 fighter hours behind his belt. He talks of the pride he feels as a result being ‘related’ to a long history of men who strapped into cockpits and fought wars.

Those guys are our heroes. The guys who went out and fought wars for years on end away from their homes.-Major Henry Schantz.

During the later segment of the video, you’ll see what the Air Force Heritage Flight Foundation is all about. Alongside Major Schantz in a Raptor, you’ll see the world renown Kevin Eldridge in a P-38 Lightning. With over 20 years of experience flying, Eldridge is now Chief Pilot at the Planes of Fame Air Museum in California. He has an unlimited license, able to fly all types of aircraft and is usually the pilot in any movie that calls for an expert pilot. Together, these two pilots show off what aviation is all about.