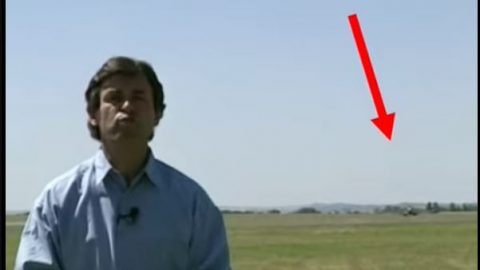 This has to be the lowest Spitfire flyby ever! The guy in the video tells the audience how this warbird is a legend, and how it was powerful today as it was during World War II. Well, those words indeed hit home.

Little did he know that just literally seconds later, this legendary plane would fly so low when it passed over him and his cameraman! If you ask us, if it flew any lower than that, it could have knocked out them over. Fortunately, they were able to duck just in time.

In fact, we think that the encounter was so close, we bet it gave them the ultimate adrenaline rush, judging by the honest reactions we got after it happened. This video never gets old!