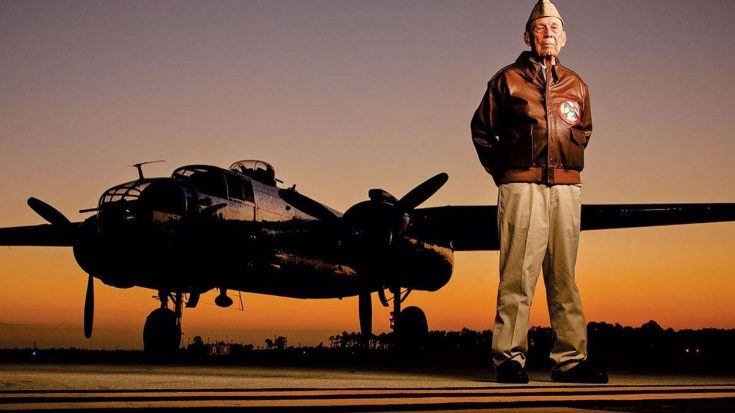 According to reports from his family, friends and the aviation community he was close with, Lt. Col. Richard E. Cole passed away on early Monday morning, April, 8th, 2019 in a hospital in Comfort, Texas. He was 103 and the last living Doolittle Raider.

Retired Lt. Col. Dick Cole, who served as co-pilot to Jimmy Doolittle on the first US offensive action against Japan in WWII, and who was the last surviving member of the Doolittle Raid, died in Comfort, Texas, on April 9, at the age of 103. Read more at https://t.co/ZYWUcLaIo9. pic.twitter.com/2drKABZKzZ

Lt. Cole was an active member of the aviation community since World War II. Always humble, he spoke of his missions and never thought he “did anything extraordinary,” stating he was only doing his job.

What is by many regarded as a suicide mission, the Doolittle Raiders signed up just for that. An almost certain one-way trip to show the Japanese the U.S. was capable of bombing them right on their land at the possible cost of their own lives.

Cole was actually the copilot to Jimmy Doolittle himself and was part of the first aircraft and first crew to take off.

Also called the “Tokyo Raid,” this mission was a direct retaliation for the attack on Pearl Harbor a few months before and showed the Japanese the United States is capable of bombing their homeland, something they haven’t’ seen before.

Led by Lt. Col. James “Jimmy” Doolittle, 16 B-25 Mitchells departed from USS Hornet (something that’s never been done before) on April 1942 and headed toward Tokyo and other strategic targets.

Since there was no way to land a medium bomber on a carrier, the crews were instructed to hit their targets and fly into China for safety. At the end 77 of the 80 crewmembers survived the initial raid, but eight were later caught by the Japanese Army of which three were executed.

The survivors of the Doolittle Raid who could meet up a few times over the years both for personal purposes and for aviation panels did so for a number of years. That gathering got smaller and smaller with each passing year, however.

Unfortunately, as of today, April 9th, 2019, there will be no one to talk to anymore. You can watch one of his last interviews below.