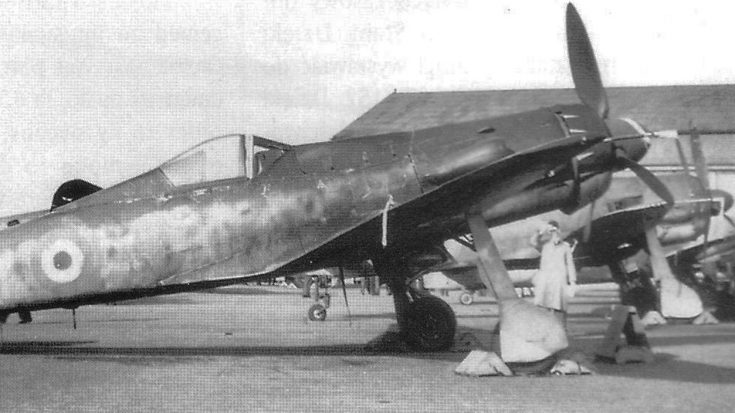 In the final year of WWII Germany was put on the defensive against attacks from the Allied Forces. The hunter had become the hunted as Allied bombers dropped countless bombs over German cities. The bombers were too high up for fighters to reach and German anti-aircraft guns weren’t accurate enough to deter them. Germany needed a direct counter to bombers and that desperation gave birth to the Focke-Wulf Ta 152.

When supercharged Focke-Wulf 190s couldn’t stop the threat of bombers Germany turned to aeronautical engineer Kurt Tank. Tank created the Ta 152 which ranked as one of the fasted piston engine fighters of WWII. Its primary function as a high-altitude interceptor with its ability to reach nearly 50,000 feet while climbing at a rate of almost 4,000 feet per minute.

At first glance, the Ta 152 resembles the Focke-Wulf Fw 190 with a longer fuselage. It was built with three variants one for ground attack, one for mid-altitude combat but the primary focus was always for a high-altitude interception. The speed and climb rate made it extremely valuable during the testing phases as designer Kurt Tank discovered.

“In December 1944, while flying between Langenhagen and Cottbus at the controls of one of the first aircraft, Kurt Tank was intercepted by a pair of American P-51 Mustangs. His tactics for escape were extremely simple. Tank pressed the button which activated his MW 50 boost, opened the throttle wide, and quickly left the Mustangs far behind in a cloud of blue smoke.”

Ultimately the downfall of the Ta 152 was coming too little too late to help the Germans win the war effort. Only 43 of them were built and only one surviving model remains to this day located in the National Air and Space Museum.