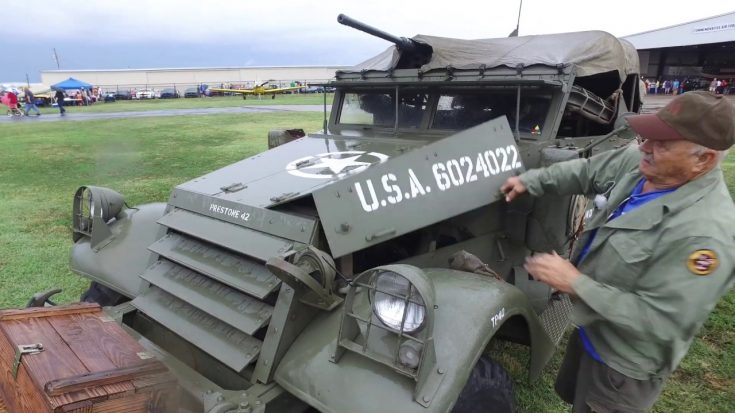 Ben Locke walks us around his award-winning M3A1 Scout Car called “Rollin Thunder”. According to Locke, the vehicle was made in 1941 and was assigned to the 36th Infantry Division. While in service, the M3A1 spent time in Africa, Sicily, and Italy, until it was donated to the Greek Army.

When he bought the M3, he knew he had to install the proper armament and radio equipment, as seen on the original. Luckily, Locke’s uncle served in the military and gave him copies of military manuals that broke the assembly down to the smallest details.

Seeing that this M3 has won many awards at car shows and parades, his hard work was not wasted. Check out his M3A1 below!