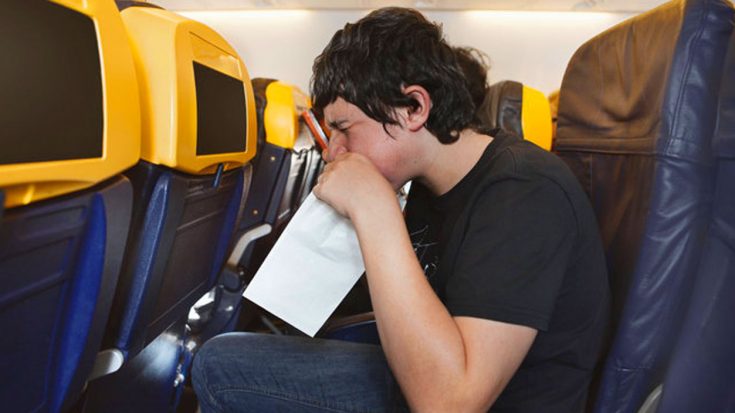 Even The Pilots Got Sick.

The weather these days has been particularly rough around the country. There have been some tough conditions that have canceled flights, caused turbulence and have made it very unsafe to fly. The winds are making is very tough on passengers, but there was one flight that was gut-wrenching in the quite literal sense.

Passengers aboard a flight touching down in Washington Dulles International Airport reported some major turbulence on the flight. The plane got incredibly shaky upon its descent and the passengers started feeling ill. Then it got so bad that even the pilots began to feel the effects of the turbulence and became ill. Then the next thing you know just about everyone on the flight began to throw up.

Pilot report from the Washington DC area this morning:
"IAD UUA /OV KIAD/TM 1238/FL040/TP CRJ2/TB MOD-SEV/RM VERY BUMPY ON DESCENT. PRETTY MUCH EVERY ONE ON THE PLANE THREW UP. PILOTS WERE ON THE VERGE OF THROWING UP. AWC-WEB"

This really was not the flight you wanted to be on and I can’t imagine the kind of cleanup the crews will have to conduct. This isn’t even a situation where barf bags are going to help and the conditions of the aircraft will probably attract a hazmat team. However, throwing up on an airliner is actually much more common than people think, otherwise they wouldn’t have barf bags in every seat. This video from Seeker shows why vomiting is more likely to occur at altitude.