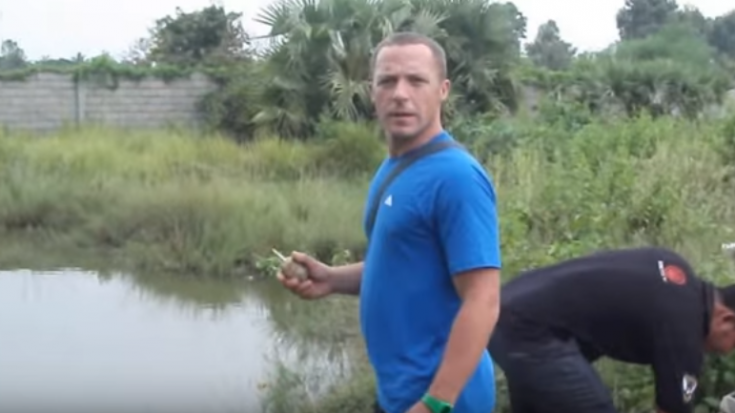 Okay, it’s looks so casual it made me slightly nervous. And for the record, I would have reacted the same way as him. And yes, I jumped a little when it exploded. Seriously though, that little blast is still nerve-wracking. At first, I thought the ‘pop’ was all there is to it then suddenly, BOOM! I don’t know how much he paid for it but I still think it’s quite an experience.

According to Army Study Guide, there are six types of hand grenade: fragmentation, illuminating, chemical, offensive, practice & training, and nonlethal. They also added:

Basically, the soldier has around four to five seconds to safely deploy the hand grenade. Would you try this one? Because I would.