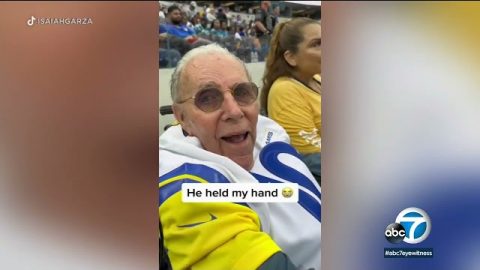 Isaiah Garza, a TikTok content creator won the hearts of people when he shared a video on social media last October that went viral when he surprised Mr. Goode, a World War II veteran on a trip to Disneyland.

Now, Garza had come up with another surprise (and making waves on the internet) when he took the 100-year-old on another trip to see his favorite team, The Rams.

It was quite an unforgettable day for Mr. Goode. Not only was he able to go on the field, but he also got to meet his favorite player, Cooper Kupp! It was such a fan-boy moment for the 100-year-old Goode. Not only did he get a signed Rams jersey, but he even got to wear the Super Bowl championship ring!