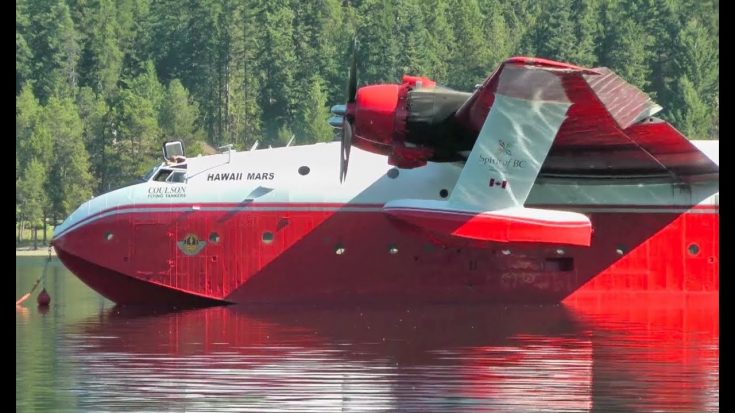 What you see here is one of the largest flying boats in the world. With its massive frame and stellar wingspan, this rare four-engine cargo flying boat is as rare as it gets. Only seven of these were built and only two of them remain today but neither are operational.

Its red, white, and black paint really accentuate this flying boat’s beautiful design. You won’t see this aircraft in action anytime soon though. The last two surviving albeit non-operational JRM Mars are situated at Sproat Lake.

One can only dream of seeing this fly in person now. Hopefully, a team of optimistic engineers can somehow fix up the remaining two so everyone can once again see this beauty up in the skies.