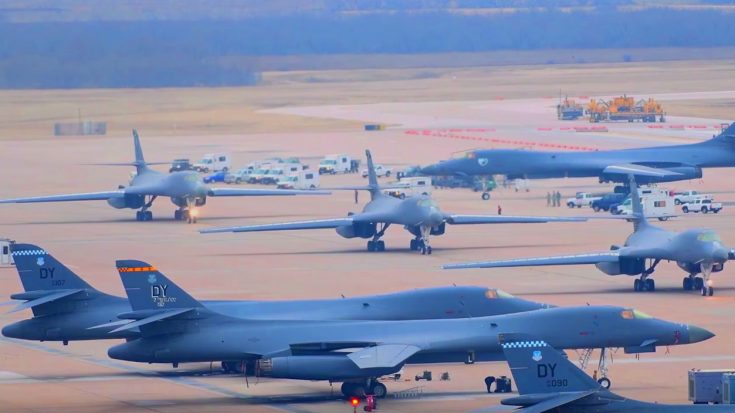 Dyess Air Force Base in Texas has been a lot more active than usual these days. Business is booming as a huge group of Rockwell B-1B Lancers deploy for a deterrent mission in the South Pacific as the threat of war grows.

The B-1Bs have been equipped with the Block 16 Upgrade to improve their avionics. The Block 16 integration will allow the Lancers to have increased situational awareness and lethality in combat scenarios.

“More than 300 airmen assigned to the 7th Bomb Wing, along with maintenance and support personnel, will conduct B-1 sorties to demonstrate the US commitment to continue stability and security in the region.”

Over the past three decades, the B-1B has proven itself to be one of the most reliable bombers with its arsenal of 75,000 lbs of bombs. While deployed in the area the Lancers will act as a deterrent for hostile nations and conduct training missions with the US Pacific Command (PACOM). The length of their stay is uncertain at the moment but to keep the area secure.

“The importance of this mission, this deployment, is to project American airpower and work with our allies within PACOM. We’ll be training together and improving those relationships.”

The large group of B-1B Lancers can be seen deploying from Dyess Air Force Base in this video clip.