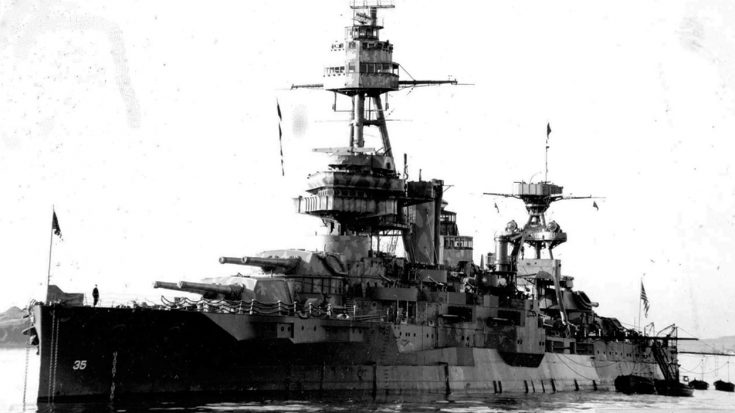 It was a dark day in American history, but the through the bravery of countless soldier’s it ended up becoming one of the brightest in the world’s history. June 6th, 1944, known to the masses as D-Day when Americans launched their assault on Germany to liberate Europe.

Over 100,000 men took to the beaches facing down mines, heavy gunfire, explosions in a vicious uphill battle against the Germans. The initial assault was dangerously close to failing as American soldiers were being massacred by German gunfire. It was a do or die situation with far too many on the die side of things. At that moment the Destroyers neared themselves to the shore and turned their huge guns upon the German gunners.

German snipers and gun nests felt the power of the USS Texas after she launched blast after blast giving cover to the soldiers as they made their advance on Normandy. In this archival footage, you can witness the USS Texas unleashing its powerful wrath on the German soldiers with its massive guns.