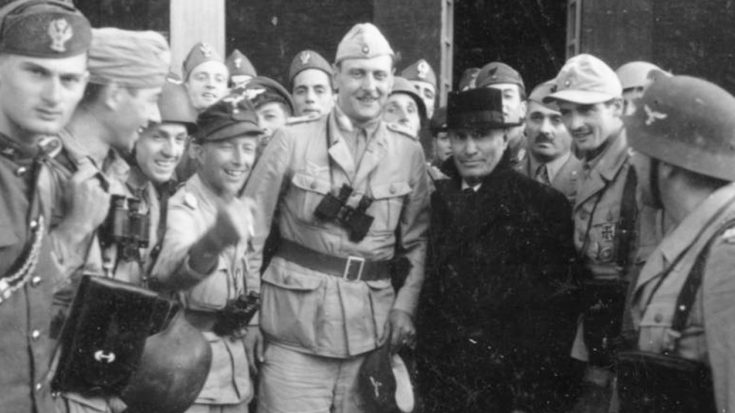 In the later stages of WWII Italy abandoned their alliance from the Axis Powers and imprisoned their disgraced leader Benito Mussolini. Adolf Hitler was not a man who liked seeing his friends betrayed so he personally ordered a rescue effort of the fascist dictator. While the rescue of Mussolini was successful the Nazi Germany propaganda machine did sensationalize a few details here and there.

The operation became infamously known as the Gran Sasso Raid to liberate Mussolini with a team of elite soldiers entering the compound via gliders. The entire rescue effort was filmed and hailed an overwhelming success for the Axis Powers. Even SS commando Otto Skorzeny took part in the rescue adding to his reputation as a super soldier. However, all of these details were simply just fluff for their propaganda to keep morale high as the German war effort dwindled.

The compound Mussolini was held in was actually more of a luxury resort situated on top of a mountain. The team of commandos involved in the operation actually rescued Mussolini without even firing a shot or any real confrontation. General Fernando Soleti also informed any guards who opposed the Germans would be considered traitors adding to the ease of the liberation. Following the rescue, the teams posed with the disgraced Italian leader and guards were also present there equipped with their weapons.

In the end, the guards seemed happy to be rid of Benito Mussolini because he proved to be more of a liability than anything else. This segment from the Smithsonian Channel goes into deeper detail of the highly sensationalized rescue of Mussolini.