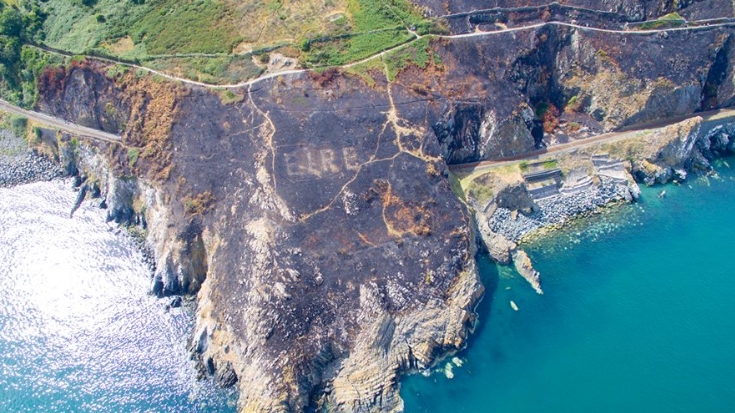 As the summer season brings temperatures to record highs, fires have begun to break out. These infernos have very problematic across Europe, detonating leftover WWII-era bombs making the fires even worse. Another blaze broke out along the coastline of Ireland and it actually revealed message not seen since World War II.

After the Bray Head fire ravaged the coastline some heavy rains removed the sediment and the forgotten message was uncovered. “Eire 8” can be made out among the charred stones, and so big that it could be read from the sky. After some careful research, it was discovered that this arrangement of whitewashed stones was a warning intended for WWII aviators.

“Eire” is a translation for Ireland and the stones were arranged to inform WWII-era pilots that they were flying over a neutral territory. These messages were quite common during the war but many have been lost to the test of time. They did their job to deter would-be bombers from setting the Irish countryside ablaze, but that didn’t do much to stop the Bray Head fire.