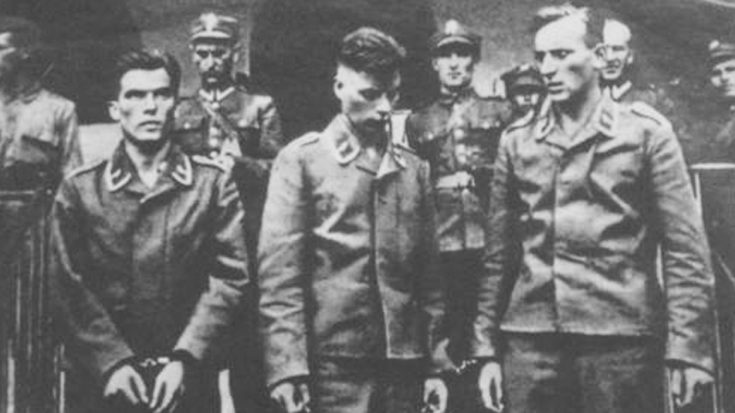 Keeping morale high when the end near is a very difficult this to do when death is on the horizon. In the final days of WWII Germans were fighting battles on both sides from the Americans and the Russians.

The skies above Germany became a fierce combat zone as they fought to the bitter end. Several pilots began using the Messerschmitt Me 262 as an interceptor to thwart incoming aircraft. The Me 262 fought well and many pilots believe that it would have made a major difference in the war had in been introduced earlier in the war.

“During this final heavy bombardment in perfect and sunny weather, … [o]ur own fighter squadrons did nothing to beat off the attack on Berlin, and the anti-aircraft defenses were powerless against an enemy attacking from such a height. The raid lasted almost two hours, the bombers parading overhead in tight formation as though it were a peacetime air display, dropping the bombs in perfect unison.”

– Wilhelm Keitel (Chief of the Supreme Command of the Armed Forces)

A pair of Luftwaffe pilots testifies about their experience in the final fights above Germany in this clip. The fear, the desperation but the pride of fighting to your last breath for your country.