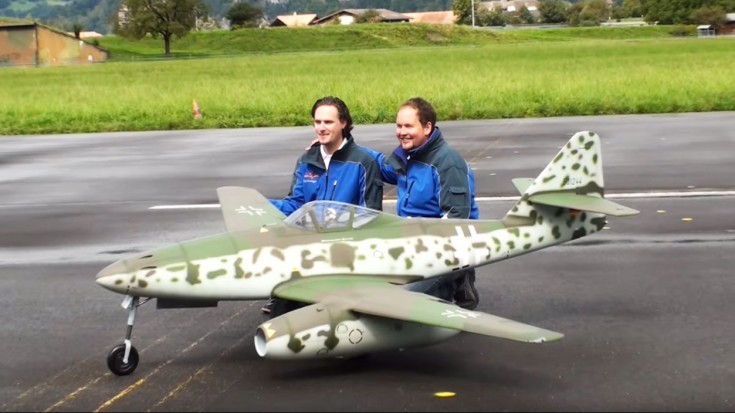 Hard To Decide What’s More Beautiful, The Plane Or The Scenery.

Since only a few reproduction Me 262s are flying around today, it’s always a treat to find something close to it. In this case, we have a giant Rc version of this historic jet. Built by Roy Puchtinger and flown by Thomas Gleissner, this flying wonder took a few years to complete. One of the only Rc planes of the type, when these guys bring it to shows it definitely makes heads turn, not to mention the awe it inspires once it takes to the air.

The Me 262 was introduced in April 1944, too late to make any significant impact on the war.

It’s great to see that people still take an interest in warbirds although they were not the most significant aircraft during the war. The Me 262 was the first operational jet and would have had a more significant impact on the war if it was introduced earlier. Luckily it was not, but was still a formidable opponent once they took to the skies. Over 100 mph faster than traditional propeller driven planes of the time, going up against one was deadly.

After World War II, Allied forces scooped up whatever Me 262 were not destroyed which soon led to planes such as the Sabre and Stratojet.