Me 262 Starts Up Its Engines 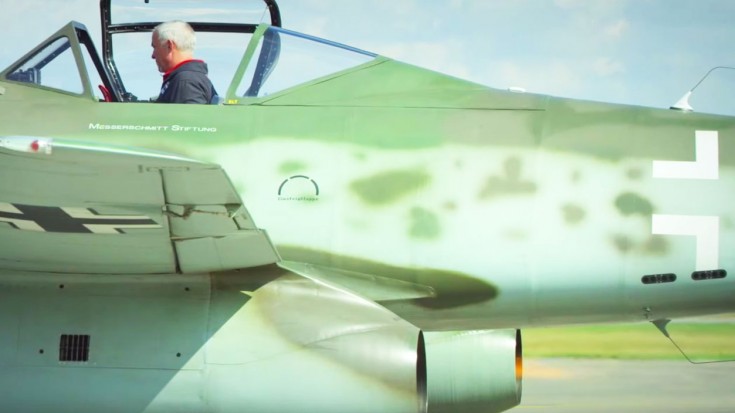 As Of This Writing, There Are Only 3 Me 262 Reproductions.

This awesome video of a Me 262 was brought to us by the great folks at the Flugmuseum Messerschmitt. Filmed during the Czech International Air Fest in 2015, it shows the preparations being taken by the crew that flies this rare warbird. This museum proudly fosters the designs of Willy Messerschmitt who made some of the most modern planes of his time. In addition to this Me 262, they also have a HA 200 Saeta, three variants of Bf 109s and a Me 163 Komet.

The Me 262 was the world’s first operational jet and was used briefly at the end of World War II.

Right now, there are three flyable reproductions of Me 262 which are manufactured by a team of people who work under the name of Me 262 Project. These awesome people have managed to find manuals and anything Me 262 related to replicate these jets and have thus far enjoyed great success. They’ve also replaced the original Jumo 004 engines with General Electric’s CJ610 as they are much more reliable. To raise money for their project, they do offer rides in a two seat Me 262 as well. If you want a trip of a lifetime, you just have to get yourself to Everett, Washington and work out a price!