Me 262’s First Flight Over Berlin After 61 Years 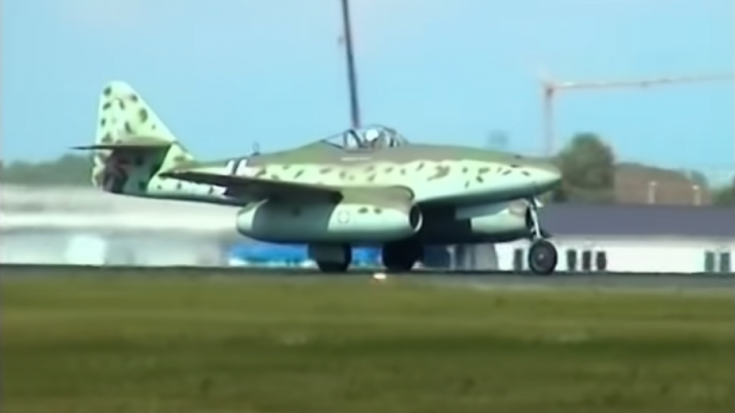 The Texas Airplane Factory and Classic Fighter Industries worked together to build five airworthy replicas of the Messerschmitt Me 262 in the early 2000s.

This joint venture was called the Me 262 Project and was comprised of many designers, engineers, and technicians to help rebuild the world’s first operational jet fighter.

One of their five Me 262s is featured in this video from ILA 2008 in Berlin, Germany.

As expected, the aircraft can only perform low-energy maneuvers even though its original Jumo engines were replaced with the reliable CJ-610 jet engines that could produce 2,850 lbs of thrust.

Back in WWII, these jets would use their speed to their advantage. Fortunately, the Allies figured out they were vulnerable during landing and taking off.

This Me 262A/B-1c D-IMTT currently resides in Manching, Germany, and is still in airworthy condition today.