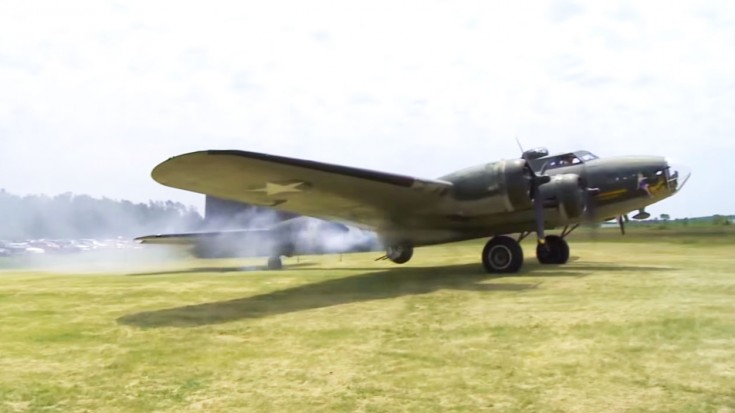 A Gorgeous Plane With A Beautiful Name!

The B-17 Flying Fortress is by far the most talked about aircraft of World War II. From its ruggedness, courageous crews and deadly historical mission types, the Flying Fortress excelled at what they did. Known for dropping more bombs on Nazi Germany than all the other planes combined, B-17s often flew through flak infested missions to get the job done and return home. Many veterans of World War II credit these planes for their lives today, as the B-17s could take a beating and bring their crews home.

In 1943, Consolidated Aircraft commissioned a poll to see to what degree the public is familiar with the name…Flying Fortress…Of 2,500 men…90% knew of the B-17.

Memphis Belle is the name of the B-17 in this video, although it’s important to note that she’s not the original Memphis Belle. The first Memphis Belle was introduced into the war in 1942 and she became famous for being one of the first B-17s to complete 25 missions without losing any crew! The name Memphis Belle came from pilot Robert K. Morgan who wanted to remember his sweetheart that lived in Memphis, Tennessee.