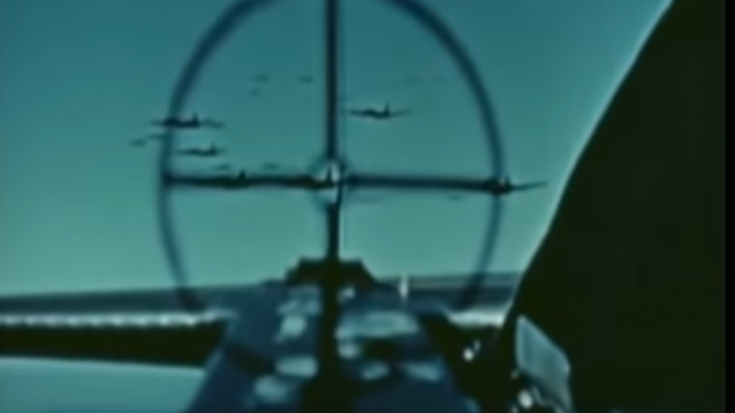 This film features raw combat footage taken from the Eighth Air Force, 91st Bombing Group which conducted 340 bombing missions over Europe. It was filmed by the photographic reconnaissance units. The video also included bits from the 1944 documentary film The Memphis Belle: A Story of a Flying Fortress which was directed by Major William Wyler.

Make sure you follow PeriscopeFilm Youtube channel, as they have a huge collection of WWII footage. It’s good to support those who keep the memories of WWII alive.