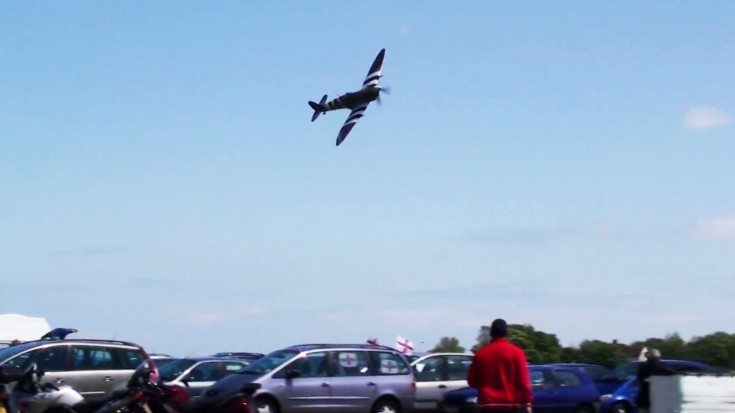 The Supermaire Spitfire is considered one of the best World War II fighter planes, and probably the most famous British aircraft of the war. Produced for a decade from 1938 to 1948, over 20,000 Spitfires were manufactured and quickly became the backbone of the Royal Air Force. Although their predecessor, the Hawker Hurricane did a majority of the work against the Luftwaffe, Spitfires were more modern and were overall better equipped to handle the increasingly better German planes.

Spitfires were quite versatile and their many variants included roles as interceptors, reconnaissance, fighter bombers and trainers.

One of the key characteristics of the Spitfire was its engine. Fitted with a Rolls-Royce Merlin engine which produced over 1,000 horsepower, these warbirds could reach speeds of up to 370 miles per hour. Over the course of their production, the performance of the Spits also increased. Towards the end of their production, Rolls-Royce came up with an even more powerful engine dubbed Griffon and of course it was placed in the Spitfires as well. Producing over 2,300 horsepower, the later marks Spitfires could almost hit the 400 mph mark, solidifying their place in aviation history.