Hilarious B-17 Pilot Recalls Almost Crashing Because Of Cows 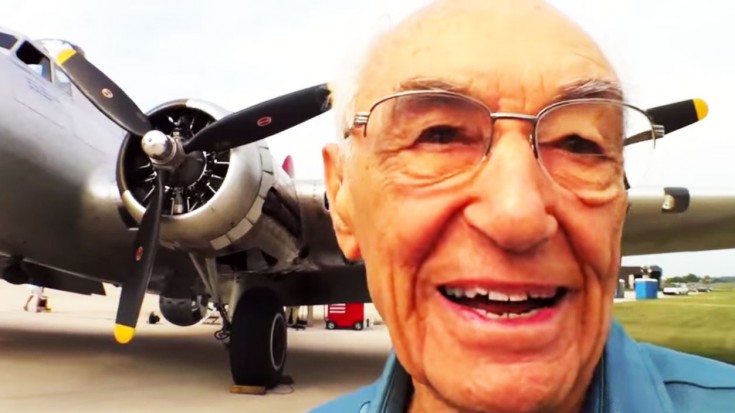 Seven Decades After His Last Flight, WWII Pilot Recalls The B-17 Very Fondly

Merv Karl landed his B-17 for the last time when he was 23, a young pilot for the United States Air Force. Serving during World War II, he flew 35 missions and unlike many, made it back home after the war. During a short interview, he said that he didn’t really remember a lot about his time as a pilot, but once he stepped closer to his favorite bird, things definitely came back to him. Merv also brought a little notebook with him from his flying days. Reading over them, he didn’t really remember taking the actual notes contained within, but he did recall being the type to have the notebook with him on every mission.

It was  good. Brought back a lot of memories.-Merv Karl, World War II B-17 Pilot

Although it’s been years, his flight, as a passenger this time, brought back some memories. The flight he was on was pretty low to the ground, and he remembered a particular mission in Scotland. Flying a reconnaissance mission, he and his crew were looking down at the fields. The spotted a herd of cows and they wanted to see them, pulling down lower. The cows got scared of the B-17 of course and ran off, but as he looked up, he realized they were heading right for a hill. Being so low to the ground, they had to pull up hard to avoid crashing.